What is needed to get the “standalone” “app” to work so that I may change settings on the various keys here? Is there a command line version instead? I’d rather not have to install, maintain, and use a VM just to modify the OnlyKey settings.

This is on Devuan GNU/Linux 5 (daedalus/ceres) which is the equivalent of Debian 12 aka bookworm.

In addition to the udev rule, there was a hidden dependency not managed by the package.

The package libatomic1 needed to be installed manually because the .deb package did not do it automatically as it should. The expected behavior would be that installing the .deb package should check for dependencies. Other than that small tweak to future packages which I request, all set.

Thanks for identifying the issue here. We do have a new version of the app are you able to try that to see if this works? 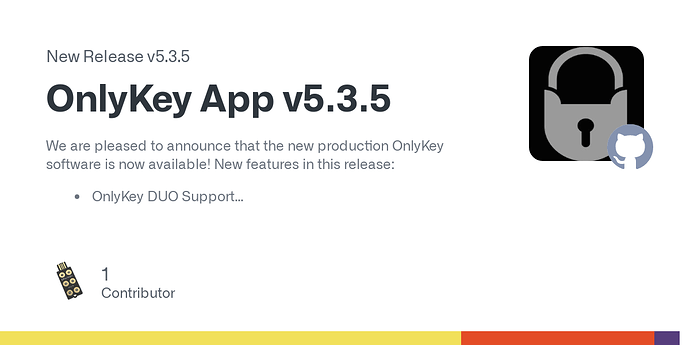 We are pleased to announce that the new production OnlyKey software is now available! New features in this release: OnlyKey DUO Support Windows OnlyKey_5.3.5.exe SHA256 - f7e5f0205f52a4be3aa3b503...