It would be very helpful if the app could recognize multiple Only Keys (simultaneously locked and unlocked) inserted into USB ports.

I have several of them and despite having one unlocked (with the others in USB hub but unlocked), the app has trouble knowing which Only Key to recognize.

The app will say “Only Key locked, enter PIN…” despite one of the Only Keys being unlocked.
I must close the app and open it, sometimes multiple times, to get it to recognize the OnlyKey that is unlocked.

Sometimes I must remove the other locked OnlyKeys from the USB hub.
One shouldn’t need to do this. It’s not only very inconvenient but contributes to wear and tear on the OnlyKeys if one must need to continually insert and remove them for the app to recognize only one.

Additionally, updating credentials on an unlocked OnlyKEY, with another locked OnlyKey engaged in USB port will sometimes result in data loss/error. The app seems to be “confused” about which key it’s writing to.

Hopefully you can add this feature and maybe extend functionality where one has more than one OnlyKeys unlocked and the app can recognize each one independently while still maintaining it’s security features.

I’ve had this issue of multiple security keys being open at the same time.
It has nothing to do with the locked/unlocked state of the devices, the system will confuse which one to use anyway.
A fix could be proposed to the OnlyKey app to let the user know that there are multiple OnlyKeys open at the same time and to let you choose among them.
Yet, it’s not all about the OnlyKey App, any app which communicates with the security keys, e.g. web browsers, must be aware of this scenario to handle it correctly.

I’ve reported this issue to the OnlyKey-App, python-onlykey, Chromium and Firefox.

In the meantime, it’s safe to just plug the keys in and out for the system to not confuse them with each other.
If you’re using a Linux, I suspect you can use the USBGuard tool to selectively disconnect and reconnect USB devices including OnlyKeys to the system without physically touching them. 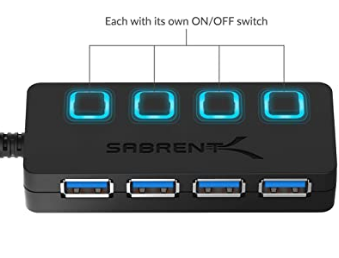